What to expect in your first role after Codeworks

If you’re worried about getting your first web developer or software engineer job after Codeworks, stop. You have absolutely no need to worry. The job market for first-time developers is booming, and we have among the best student outcomes in the industry.

We caught up with Codeworks graduate Hannah Redler. Here she gives us the lowdown on life after bootcamp and how she chose the right job at Glovo. So grab a coffee, have a read and weigh up Hannah’s ‘first-job criteria’ against your own.

Glovo plans to build its tech team by adding more than 100 engineers in the coming months — saying it wants to become what it calls “the most relevant technology hub in Southern Europe.” Hannah, a self-professed nerd has worked at the Barcelona-based delivery startup for almost 8 months. She’s watched Glovo grow to become one of Europe’s most successful on-demand startups.

Understood, but what is Glovo?

Just like the phrase ‘Netflix and chill,’, this service is creeping into our everyday speech. The UK might nurse their hangovers and ‘just deliveroo it’. In the USA they ‘ Insta-cart it.’ In Barcelona, ‘Let’s Glovo it’ is now shorthand for using a super speedy personalised delivery.

Glovo riders will shop for and deliver almost anything on your behalf. You can order a volleyball or suncream (Hannah has done both) through the app. Barcelona’s beach is dotted with the riders, their yellow cases blending in with tuck-tuck drivers and sunshine.

It’s not just the beach where you’ll spot the drivers. Glovo has spread into Spain’s major cities and now has footholds in France, Costa Rica and Peru. Expansion continues. Having ratcheted up investment steadily in its early years, Glovo closed 2017 with a €30m Series B round led by Rakuten Capital and Cathay Innovation.

So Hannah, good to meet you here in Poblenou, in the heart of Barcelona’s startup scene. Where did your developer journey begin?

“Before Codeworks, I was working as a financial data analyst, using macro-economic factors on statistical models to forecast different things in the bank — mortgages and so on. I was a bit bored of finance more than anything else, it’s not very exciting or inspiring. It was bureaucratic to the max!

“What I did like was building stuff. I was using Python; I had to use it every day to analyse data and build models. I loved this coding part of my job. It’s quite fun when you’re being paid to learn! I’m a bit of a nerd and I do like learning new things.

“When I left that job in London, I knew I wanted to be a developer. I’d done an undergrad and a Masters, but I couldn’t face three more years of learning.

“I knew there were jobs in coding. But I didn’t know that bootcamp would set you up for one like it did.” 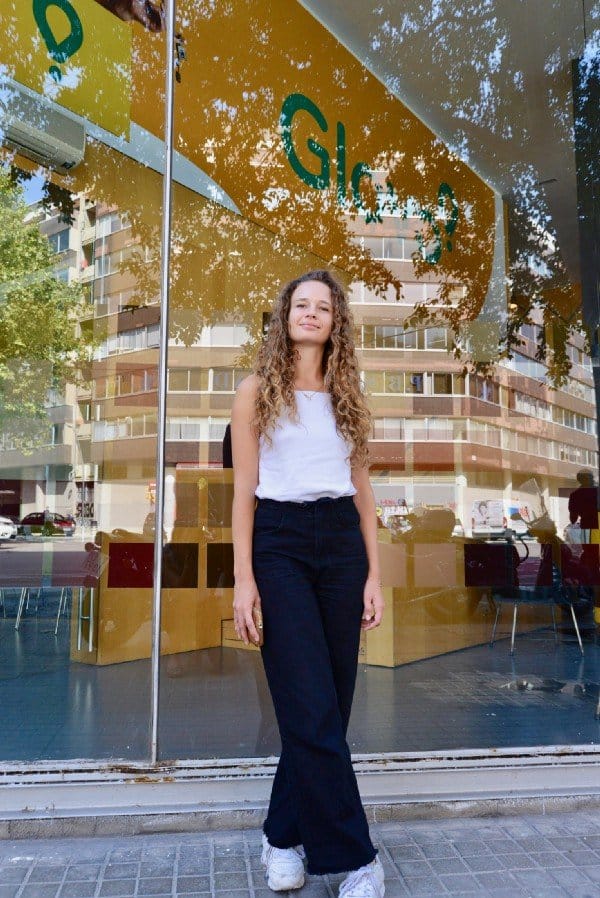 How has it felt to go from Codeworks to office life ?

“There was a new intensity, but this time I was getting paid for it. I was already used to learning by doing. It’s been a very fast paced period of my life and it just felt like the next good thing.”

How’s the cost of living in Barcelona?

“Things like rent are cheap. My lifestyle is just better. Coming from finance, I took a pay-cut but life is better. Cycling keeps my commute costs down.

“The thing I find is I can have a really good time by not spending money here. I can go to the beach, buy a beer for a euro. I’ve had a really good day, been outside for half of it, and it’s cost me nothing.”

How long did it take to get a job after Codeworks?

“It took 2 weeks from finishing the bootcamp to starting at Glovo. I came to Codeworks’ hiring day and there were 8 or so companies to meet, it was great. Some were really small, and needed their first developer, others were building a team.

“The weight of being the first developer was too big a responsibility for me, so I was less drawn to those small companies, but some people might prefer the challenge of these tiny startups.” 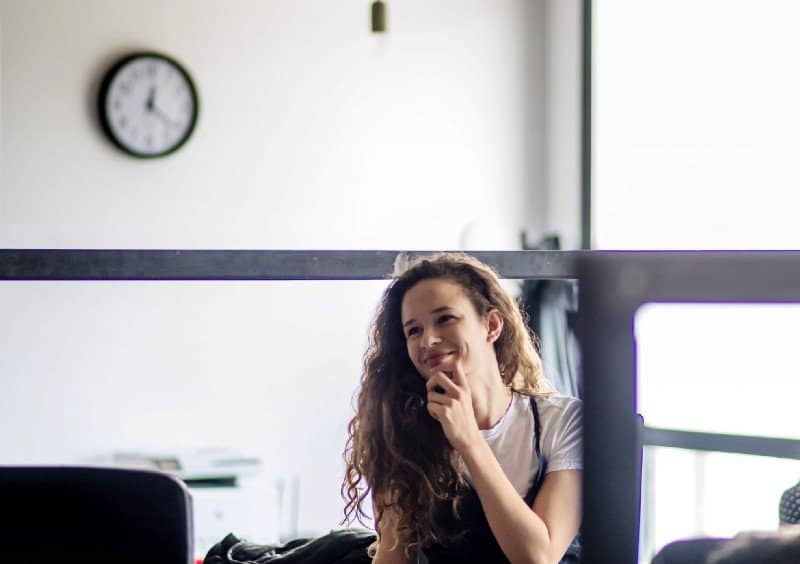 “Then there were some bigger startups like Holaluz and Glovo. The first step was meeting a member of the tech team, to get a bit of a feel for the team during Hiring Day.

“The second step was when I went in for the interview when I realised I really wanted to work there. It was crazy, it all happened very quickly but naturally.”

Why is experience of working in pairs important to your first developer role?

“Pair Programming slows you down and you get new ideas. It’s easy to stay in your own bubble, but it really helps to work with someone who knows more than you. We’ve started to pair up more at Glovo to teach each other about our different work. Everyone’s working hard.”

How was the first week?

“In my last role, I felt like a tiny cog, like I made no contribution. But Glovo was different. On the second day, I did a ticket, made a pull request, and it got integrated into the codebase. You pull the code, make a change, ask people to review the change, and they approve it. You then work on bigger and bigger tickets.

“I liked that they had Vue and Java. Now I’m trying to learn a bit more back-end, I raised Java in my review as something I wanted to learn. Next I was being put on Java. It’s really fun now that I’m working on projects where I’m able to do a bit of everything; I can see a problem in its entirety.”

What makes Glovo a good place to work?

“You get a real mix of nationalities, Spanish, English, French, Moroccan, Brazilian, Venezuelan, Indian, American, it makes it a really great to place to work.

“I didn’t use Spanish when I was first at bootcamp, as I was learning in English all day. The official language for most tech companies is English, but it’s natural for some to slip back in Spanish. After bootcamp, I was at the level to build it up, so I like that I can improve my Spanish at Glovo.

“One of the core values is Good Vibes. Or as they call it: ‘don’t be an arsehole’. They have a policy that if you’re hiring someone, even if they’re really good at what they do, only hire them if they have good vibes. It’s really ingrained and everyone’s really nice. So you see Good Vibes values in the day-to-day.”

That’s a very British word ‘nice’. But it does sound pretty nice! What’s an average day like?

“Sometimes I’ll be working on one project for a few weeks, building a whole new screen. And other times I’ll work on short term projects so I’ll whizz through bugs, like 10 tickets in a day. I like variety, I get bored quite easily.

“It’s quite nice to have lots of different stuff to do. I get in anytime before 10am, I generally work from about 10–7pm. People can work quite late — it’s a startup so there’s always work to do. We all have the freedom to manage our own workload, I have responsibility of my own tasks, but support if I need it.”

What keeps you motivated?

“I really enjoy what I do. I’m learning every day. Problem-solving, finding the answer, making things happen!”

So, finally. This is your first developer job, but what’s next?

“I’d like to learn some more backend and get proficient in Java. I want to have a bit more legitimacy as a developer and keep learning. Carrying on having fun, having a nice lifestyle!”

Hannah’s first role fits, but your first develop job may not be perfect. Here are a few first job questions to help find the right fit:

Hannah worked hard, but she was lucky with her first role. Finding the right role takes time. Ruthlessly return to your personal criteria.

Try and get in touch with someone who works in your potential company via LinkedIn. Ask them if they have half an hour and could they answer a few questions on how their job meets your criteria? Don’t be scared, in most cases they’ll be flattered you asked! If they’re busy, you can ask HR to answer your questions in detail or check Glassdoor for reviews. Good luck!

Sign up for a course, or get in touch with us.
Our staff will be happy to help with any questions you have.

Sign up for a course, or get in touch with us. Our staff will be happy to help with any questions you have.

We use cookies from third party services to offer you a better experience.